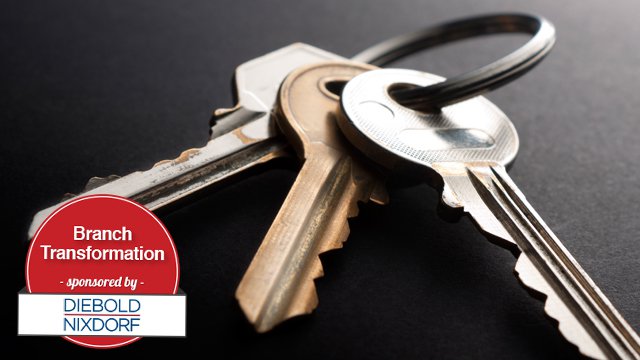 According to an article in the most recent edition of McKinsey Quarterly, “Transformation is perhaps the most overused term in business. Often, companies apply it loosely — too loosely — to any form of change, however minor or routine.”

In the case of bank branch transformation, a successful effort involves a complete rethinking of customer touch points and the systems that organize and drive them.

“The picture of the traditional branch employee that we know and love from years ago — that doesn’t work anymore,” Bose said. “Their job has been heads-down, make sure the transaction gets done, and worry about balancing the cash [in the] drawer.”

With branch transformation, the idea is to allow human beings do what they do best, which is understanding customers’ needs and helping them solve more complex problems, “rather than being a human ATM,” Bose said.

Banks are looking outside the retail banking world for the types of employees the transformed branch requires.

Bose said that one of the most successful hires at a Texas bank was a bartender in a previous life. “[T]he heads-up capability to talk to someone and extract from them what they need and then begin to solve the problem — you can’t train that,” he said.

At PNC, it’s increasingly important for PNC personnel to be tech-savvy, themselves, Halloran said. “[They’re] adept at helping our customers to engage with PNC digitally and to take advantage of our many self-service capabilities; nearly 70 percent of our employees use ATMs or mobile remote deposit capture to make their own deposits.”

It’s also essential that employees make customers feel they’re being personally served, which means not being passed around like a hot potato.

Halloran said many PNC branch personnel are universal bankers who have been trained to perform both teller and platform roles, eliminating the need to hand off customers within the branch.

“You need to think of the process of design that goes into the branch itself,” Bose said. “[T]ypically when people walk into the bank branch you see this blank stare like, ‘I don’t even know where to go.'”

The objective of the transformed branch is to facilitate the experience the bank wants to deliver, Bose said.

If the goal is the development of an advisory relationship between banker and customer, Bose said, “then placing people behind a counter doesn’t work. So we’re seeing a lot more open floor plans.”

He described a designed environment that takes the customer from least- to most-personalized transaction: ATMs right up front to serve “cash-and-dash” customers; further in, assisted self-service devices for more complex transactions; and finally, computer-equipped work pods where bank personnel can provide fully personalized service, assisted by fully automated teller recycling units that eliminate cash counting and trips to the vault.

So far, PNC has converted more than 20 percent of its 2,600-branch network to this type of universal operating model that focuses on side-by-side advisory and self-service demonstrations, Halloran said.

An open banking environment is where technology comes in, supporting the transaction at multiple levels of complexity depending on the customer’s need at the moment.

As Bose described it, “[W]e’re seeing the technology facilitate the experience. Now the branch employees are walking around with a tablet so they can help you right then and there.”

PNC maintains at least two tablets in each branch, enabling staff to operate untethered to a teller counter, Halloran said. These devices facilitate what he called a “physical meets digital” customer experience.

PNC also operates an in-branch and off-site network of approximately 9,000 ATMs, nearly all image-enabled and multinote capable. And the bank is currently testing next-gen ATMs that offer advanced services such as remote teller assistance and coin dispensing.

Halloran said more than 50 percent of customer deposits are conducted through self-service channels, creating more personnel capacity at the branch to assist customers in advisory conversations rather than mundane transactional services.

Comprehensive, customer-focused branch transformation offers the best way forward for an FI hoping to stand out in a vast sea of retail banking sameness, Bose said. 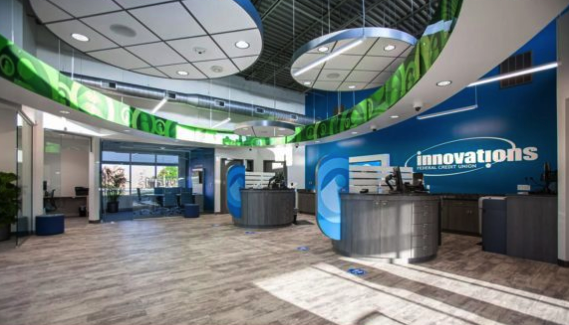